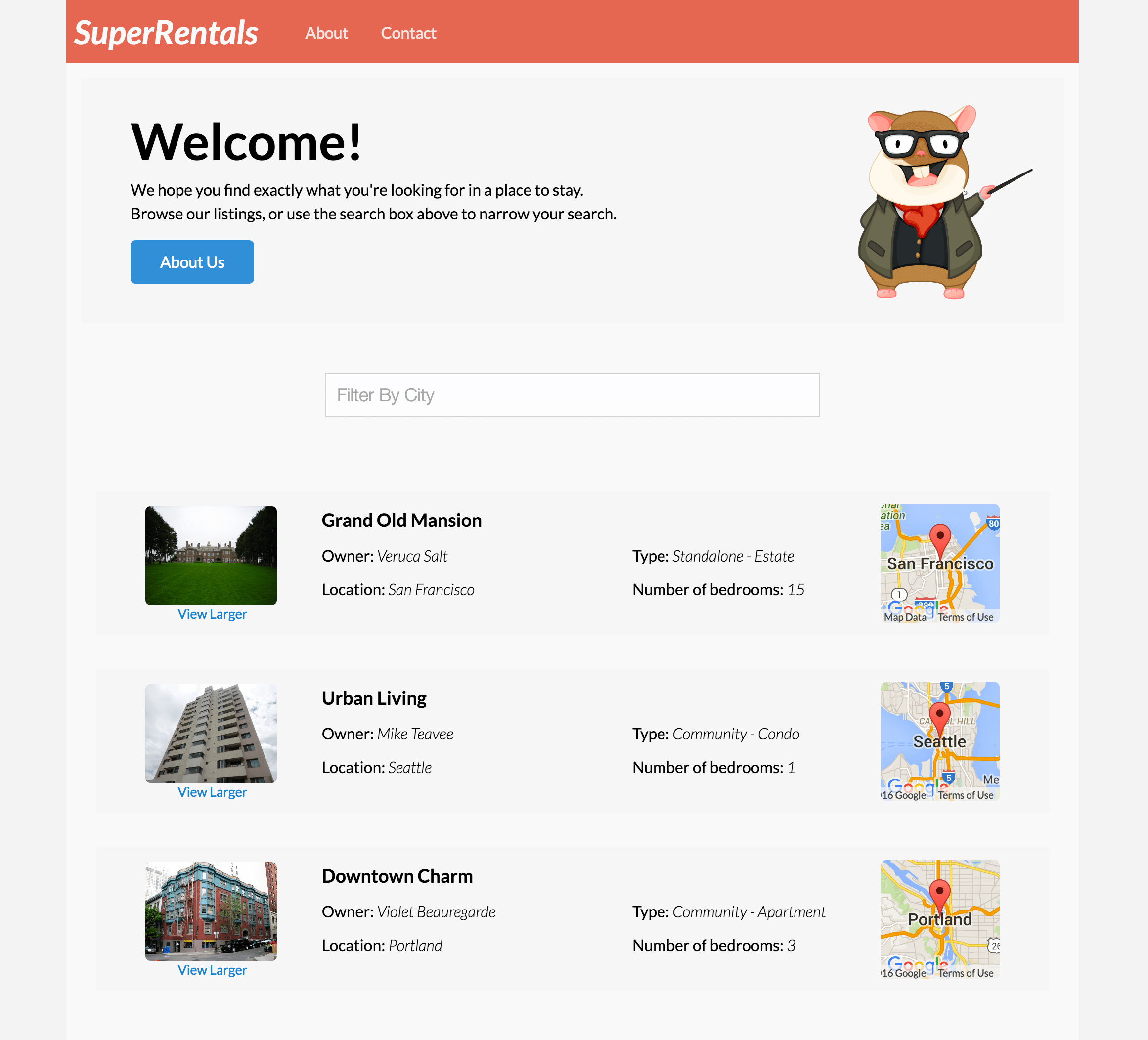 We can represent the goals above as Ember acceptance tests. Acceptance tests interact with our app like an actual person would, but are automated, helping ensure that our app doesn't break in the future.

Opening that file will reveal some initial code that will try to go to the list-rentals route and verify that the route is loaded. The initial code is there to help us build our first acceptance test.

To do that, replace occurrences of /list-rentals in the generated test with /. The test will start our app at the base URL, http://localhost:4200/, and then do a basic check that the page has finished loading and that the URL is what we want it to be.

By default, when you run ember test --server, Ember CLI runs the Testem test runner, which runs QUnit in Chrome and PhantomJS.

Running ember test --server will now show 7 failing tests (out of 15). Each of the 6 tests we setup above will fail, plus one ESLint test will fail saying, assert is defined but never used. The tests above fail because QUnit requires at least one check for a specific condition (known as an assert).

As we continue through this tutorial, we'll use these acceptance tests as our checklist. Once all the tests are passing, we'll have accomplished our high level goals. 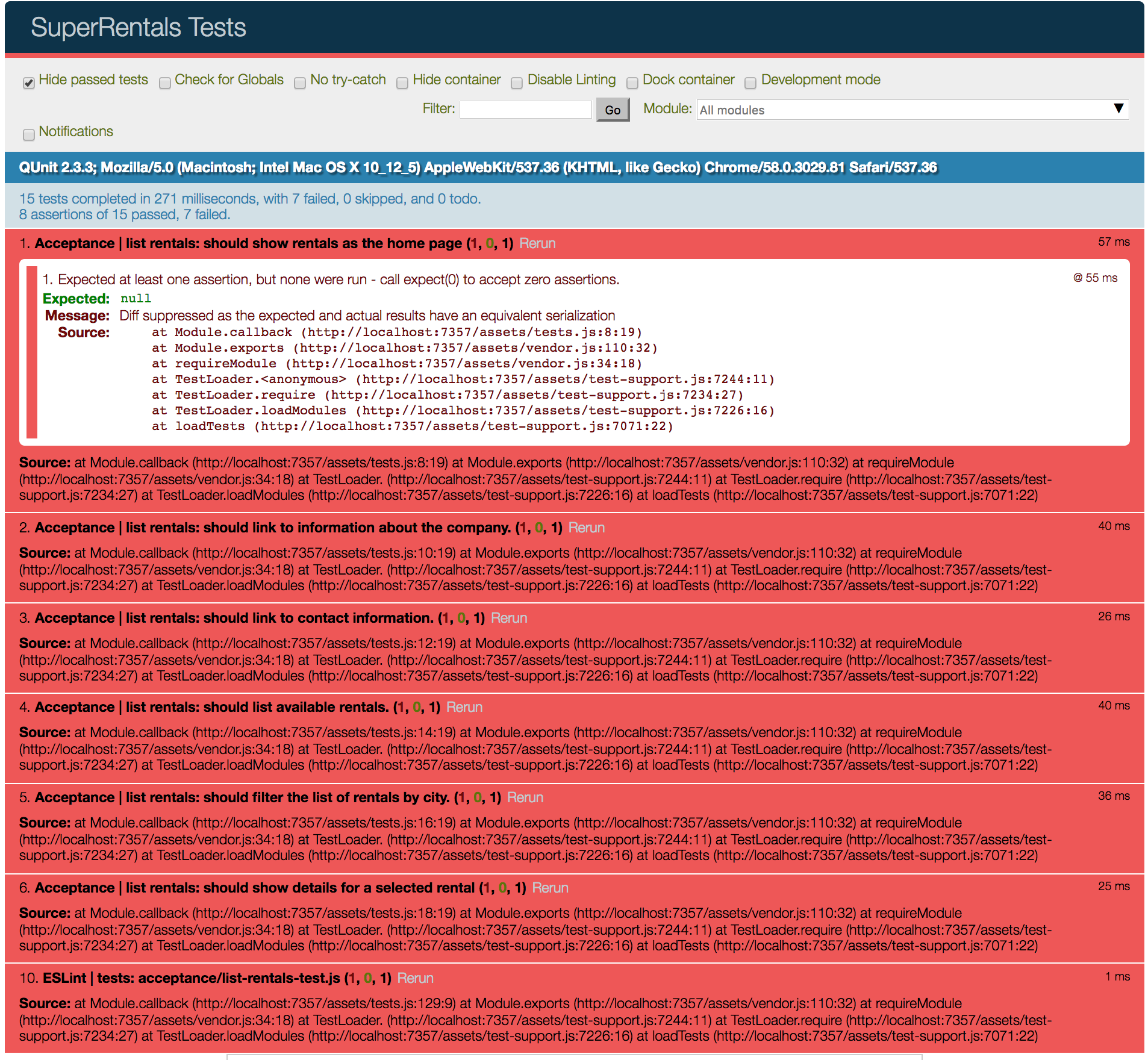